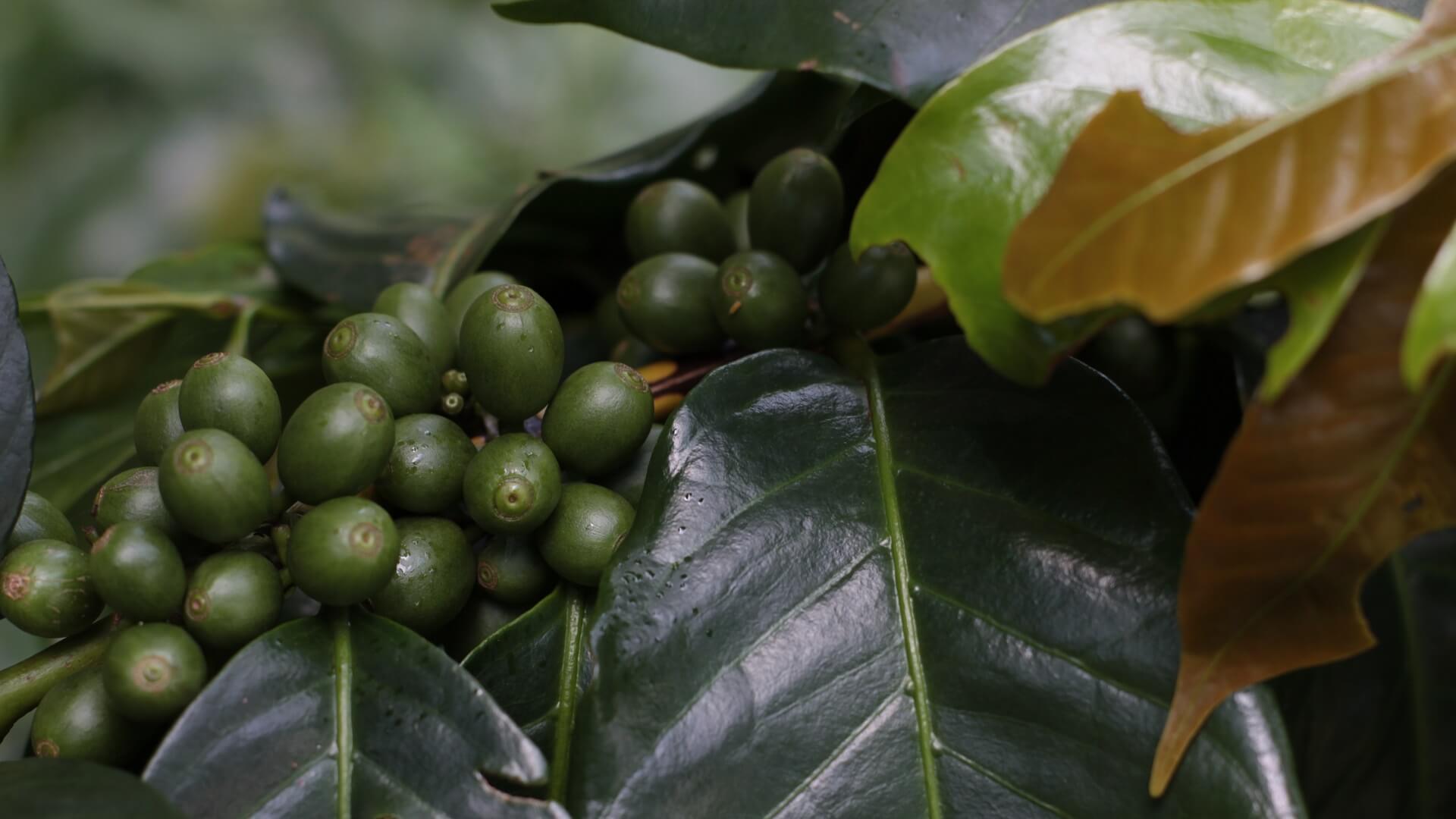 UAE plans to grow its own coffee and wheat 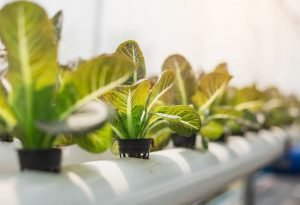 The UAE imports about 80 to 90 per cent of the food it consumes. It is completely aware of this reality and the country has implemented a food security strategy to reduce risks associated with global supply shortages, with or without the pandemic. Cultivating food crops on a large scale in a desert environment may sound unrealistic as it would drain scarce water resources and open-field agriculture is almost impossible as temperatures average between 40-45 degrees Celsius during summer. UAE plans to grow its own coffee and wheat.

Mohammed Al Dhanhani, director of the Agriculture Development and Health Department at the Ministry of Climate Change and Environment (MoCCE), said that the pandemic has truly driven home the need for a two-way approach to meeting the demand of our population for food.

“On one hand, we are working to strengthen the international food supply chain. This goal requires productive collaboration with other countries and expanding the number of markets from where we import food,” he explained.

“On the other hand, we are stepping up our efforts to support local farmers and explore innovative cultivation methods that enable us to make the most of our resources that are suitable for our desert climate,” he added.

Al Dhanhani underlined: “While the UAE is improving efficiency of processing food imports and increasing agricultural testing capabilities, the country is also innovating to have a more efficient crop production without putting undue pressure on its finite arable land and freshwater resources.”

The UAE reportedly has existing partnership with farms in more than 60 countries, and is looking to invest more.

According to a Global Agricultural Information Network 2019 report, “the UAE has a substantial number of foreign agricultural investments to produce food directly intended for the UAE market. The Saudi Arabia Agricultural and Livestock Company (SALIC) and the UAE’s Al-Dahra Holding $1.33 billion dollar agreement in 2017 to develop lands for food production in the Black Sea region. The two companies are reported to have assets in Ukraine, Poland, Romania and Serbia. Furthermore, in April 2018 Al-Dahra acquired Agricost Braila, the largest agricultural producer in Romania with a farming capacity of 56,000 hectares.”

Early this month, the MoCCAE has announced the successful cultivation of rice at a farm in Sharjah. To address the challenge of water scarcity and to reduce the amount of water used for growing rice, the research team has installed an underground drip irrigation system. Pipes were embedded in the soil that introduced water directly into the crop root zone through porous receptacles. They also use desalinated seawater instead of pumping groundwater.

The pilot phase showed positive results, following a yield of 763-kg of rice per 1,000 square meters of land, and MoCCAE announced “it demonstrated a potential to shape the future of agriculture not just in the country but also regionally.”

The Ministry added: “Local production is becoming a priority in the whole of the UAE and the next step is to reach the right level of water consumption.”

Al Dhanhani told Gulf News: “Based on the positive preliminary results, we will repeat the rice cultivation experiment on wider areas in different regions of the UAE to obtain more reliable outcomes, develop the irrigation, analyse soil treatment and fertilisation system, and test new rice varieties.”

Next crops would be coffee and wheat and Al Dhanhani said: “We are building our research and development capabilities, and the successful rice cultivation pilot project will serve as a good baseline.”

Aside from underground drip irrigation that was developed with the Rural Development Administration of the Republic of Korea and UAE University for the rice project, several vegetables are also grown at vertical farms inside climate-controlled facilities.

Al Dhanhani explained: “There are several ways to reduce water consumption in agriculture, including efficient irrigation systems and innovative agricultural techniques, such as vertical or hydroponic farming that use about 90 percent less water than traditional farming.”

“Vertical farming is the practice of growing produce in vertical stacks based on hydroponics or aeroponics to deliver water and nutrients to the plants. It offers an ideal solution to the water scarcity and limited arable land in the UAE,” he added.

Rows of leafy vegetables are stacked one above the other and artificial lights are used for photosynthesis to make the plants grow. Hydroponics also eliminates soil-borne diseases as soil is not required in growing plants that grow in media such as rock wool, a fibrous substance produced from molten rock.

Al Dhanhani announced Emirates Airline is gearing up to launch the largest vertical farm in the world as a joint venture between Emirates Flight Catering and US-based Crop One at the cost of US$40 million (Dh146 million).

“Once complete, the facility will span 130,000 square feet and have a production output equivalent to 900 acres of farmland. At full capacity, the farm will produce 2.7 tons of high-quality, herbicide-free, and pesticide-free leafy greens a day using 99 percent less water than outdoor fields,” he noted.

Aside from considerably using less water and providing produce that is free of pesticides and chemicals, vertical farming also has a much smaller carbon footprint than traditional farming.

MoCCE noted a hydroponics farms can produce one kilo of lettuce using only about 20 litres of water and water is recycled instead of draining into the soil. Controlling farm temperature can also produce higher yield than traditional farming. 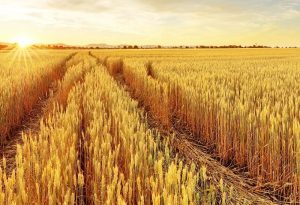 “In December 2019, the company announced plans to build a large-scale high-tech vertical farm in Dubai Industrial City that will produce 3,500 kg of high-quality fruits and vegetables per year. The facility is expected to commence operations this year,” he added.

MoCCE is also out to individual farmers to adopt innovative methods that support sustainable agriculture and precision irrigation.

“We regularly meet with farmers to learn about the issues they face in relation to this technique, and to develop appropriate solutions and relevant support services,” said Al Dhanhani, adding: “We also provide farmers with high-quality subsidised agricultural inputs at half the market price.”

He noted the Ministry last year distributed 37 types of agricultural inputs, including organic and compound fertilisers for hydroponic and organic farming as well as seeds and materials for construction of greenhouses.

Another innovative solution is aquaponics farming. Using an area of 150 square metres, Merlin Agrotunnel, located at Sharjah Research Technology and Innovation Park (SRTI Park), can produce up to one ton of organic vegetables and fruits per month.

The agrotunnels use very little water – about 90 per cent less than conventional farming. But aside from crops, they also produce fresh fish.

“Aquaponics is a form of agriculture that combines raising fish in tanks with soil-less plant culture (hydroponics). The nutrient-rich water from raising fish provides a natural fertiliser for the plants and the plants help to purify the water for the fish,” Hussain Al Mahmoudi, CEO of SRTI Park, told.

“The water that is used to irrigate the fruits and vegetables is seawater, desalinated through solar energy, thus completing the development of an integrated system ensuring sustainability of our natural resources,” he further explained.

The UAE has taken important steps to improve irrigation systems, introducing new irrigation techniques that are more efficient, such as drip irrigation, which use 35% less water than traditional systems.